Norman Baker, the minister for local transport, has won the support of several major supermarket chains in his quest to prevent parking bays set aside for the disabled being abused by able-bodied motorists.

Reforms announced earlier this year to combat the problem have taken various forms. Most importantly, the badge has been redesigned to make forgery more difficult.

Local authorities have also been given greater powers to control illegal parking. However, as their powers do not extend beyond public highways, support of this scheme by such private land owners as supermarkets, has been vital. Their support of these chains will be provided by methods such as patrols within car parks, announcements on PA systems, and even parking charge notices, which can carry fines of up to £150.

The Blue Badge parking scheme enables disabled motorists to access facilities that would otherwise be out of reach but fraud of this kind is rife. For those whose mobility is impeded, it is a source of increasing frustration.

Mr Baker said: ‘I am delighted to have secured the support of the major supermarket groups and to know that they share my view that abuse of Blue Badge parking bays needs to be tackled, protecting customers who rely on such spaces. I hope other large retailers will now follow suit and consider what action they can take to help their Blue Badge customers.’

The Good Garage Scheme applauds Mr Baker’s efforts and would welcome his dream being realised. 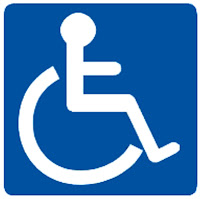 Posted by Good Garage Scheme at 15:39