Get Set for the School Run

With the summer holidays now drawing to a close, many parents are busy getting their children ready for a new academic year ahead, buying numerous ‘back to school’ items for their loved ones, such as uniforms, stationery and sports kit. However, one area that’s often overlooked is the family car and the need for it to provide safe and reliable transport for the daily demands of the school run. In response, the Good Garage Scheme is encouraging motorists to get their cars professionally checked as term begins.

Good Garage Scheme workshops across the UK can offer motorists peace of mind by providing an expert assessment of their vehicle’s condition as the new school year starts.

All essential areas of the car should be examined including the following:

This will ensure the car is ready for the wet and cold months ahead. Not doing so can increase the risk of having a collision, especially if a car’s tyre pressures are low, making it hard to maintain grip and easier to skid in wet conditions. Being able to see and be seen is also important as the days start to get shorter, making it essential to inspect all bulbs to ensure they are working, as well the operation of heaters and windscreen washers.

Getting a car serviced at a Good Garage Scheme workshop also helps drivers make the most of the money they spend on fuel, whether filling with petrol or diesel. Good Garage Scheme member garages can help motorists cut their fuel bills by as much as 14 per cent by cleaning and lubricating the entire fuel system to improve engine efficiency and reduce fuel consumption and exhaust emissions.

For more information about your local garage, visit www.GoodGarageScheme.com.
Posted by Good Garage Scheme at 08:00

Good Garage Scheme member, Fields Car Centre Ltd in Woking held another Ladies' Night in July and made the national news.  Erin Baker, motoring journalist from The Telegraph, attended the evening and published a glowing report entitled, 'A garage where women are not patronised'.

Erin Baker had previously heard an interview with Richard Fields on the BBC Surrey breakfast show and decided to book a place at the event.

The team at Fields Car Centre were quite taken aback by her positive and flattering comments, and it was nice to see a positive report on the motor trade in the news.

Erin Baker commented, "I had myself the finest, most useful, cheering, pleasant evening I've ever had in the car industry."
She assessed the evening as, "Ingenuity, kindness, honesty and a stroke of brilliance."


Mike Field said, "We started our ladies' nights because we saw an unfulfilled need.  I guess our integrity was simply to acknowledge that ladies are often patronised by garages, so we set out to try to do something to change that.We also realised that a huge proportion of the people who bring their cars to us are women.  Single ladies from the elderly to the young, but also many wives and partners bring in their family cars, not the men.  So we can actually see more ladies during a day then we do men."

Click here to read The Telegraph article from 23rd July 2016 in full.

Posted by Good Garage Scheme at 15:44

Phones and Driving, a Deadly Combination

We all agree that driving is a highly unpredictable and risky activity requiring full concentration at all times. Drivers who divide their attention, because they're on the phone or distracted by something else, are significantly increasing their risk of causing a devastating crash. 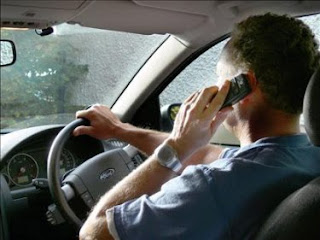 Despite this, many drivers try to multitask – with mobile phones or other distractions such as eating – dramatically increasing their risk of causing a crash. More than two in five crashes are thought to be caused, at least in part, by driver distraction.

According to the Road Safety Charity, Brake, if you talk on a phone at the wheel – hands-free or hand-held – your risk of causing an injury or death is four times as high. Use a phone to text, email or browse the internet and the risk is much higher still. In fact, the impact of using a phone on reaction times is on a par with drink driving. Yet a huge proportion of drivers put themselves and others in danger for the sake of a call or message, whether flouting the law by using a hand-held phone, or wrongly believing that hands-free is a safe alternative.

What needs to be done?

Drivers can help make our roads safer by putting phones out of sight and reach when driving to avoid temptation, ideally in the boot. On long journeys, you should take regular breaks and use these to check for messages. Phones and driving are a deadly combination, and no call or message is worth a life.

Brake are calling on government to ban hands-free phones at the wheel, in line with the evidence that they increase crash risk just as much as hand-helds – it's the distraction of the phone conversation itself that causes the danger. The rise of in-built car 'infotainment' systems presents an added source of distratction and the government needs to act to regulate them.


Brake say that there also needs to a much higher penalty for phone use at the wheel – from the current £100 to at least £500-1,000 – so drivers take it seriously, combined with stepped-up enforcement by making traffic policing a national policing priority.

For more information on Brake, please visit their website.

Posted by Good Garage Scheme at 17:39