Top Ten Tips to Save Fuel

Although driving can be a lot more convenient than using other modes of transport, it can be quite expensive. In addition to the cost for insurance, road tax and servicing, you’ll also need to spend on fuel, which can add up to a surprising amount if you’re on the road regularly.

There are a few nifty ways you can cut down on your fuel consumption and save on fuel costs however, which can also make for safer journeys and boost your environmental credentials. 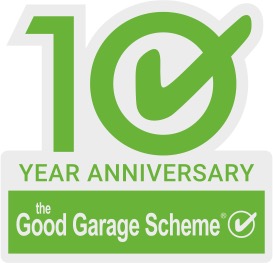 3. Keep Your Tyres Pumped Up to Cut Down

9. Keep Your Speed in Check

Anticipate traffic ahead to apply acceleration and braking more fluidly. You will use less fuel - you could save up to 20%.

3. Keep Your Tyres Pumped Up to Cut Down

Correctly inflated tyres will affect your fuel consumption and checking them regularly is a good habit.

Letting in air whilst moving quickly disrupts the aerodynamics of the vehicle, increasing drag and making you use more fuel to sustain the same speed. When possible, use your vehicle’s air vents or air conditioning to keep the cabin air comfortable.

Use your gears wisely by changing up a gear a little earlier to reduce revving.

You could cut down on your fuel usage by combining your errands into fewer trips to burn less fuel.

Keeping fewer items in your vehicle will reduce resistance for the engine and lower CO2 emissions. Remove anything you won't need.

If you're likely to be at a standstill for more than 3 minutes, simply switch off the engine - restarting the car will use less fuel than letting it stay idle for this time.

9. Keep Your Speed in Check

If you can’t avoid driving during rush hour, remember to look well ahead at what the traffic is doing so you can gently control your acceleration and braking.

If your vehicle is in need of servicing to improve your fuel efficiency, the new, flexible Good Garage Scheme Service Plans give you a perfect solution to budget for the cost of keeping your car regularly maintained. 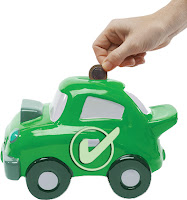 To find out more about the new Good Garage Scheme Service Plans or to find your local member garage, please visit the website.

Posted by Good Garage Scheme at 15:43

A lesson in Wheel Alignment Without the Jargon

The following is a lesson received with thanks from Good Garage Scheme member, Mike Field of Fields Car Centre Ltd in Woking, Surrey.

We all use jargon in our chosen professions, but why is it we seem to assume that everyone else understands it too!

Have you ever listened to someone talk about their work and use words you may have heard before but haven't a clue what they mean? We just want to say, "I don't know what you are talking about!"
But we don't, because we don't want to appear ignorant!

So when trying to explain about cars, I try to 'talk' normal and explain things in plain English.
I hope I don't sound patronising in any way, but the best thing is just to keep it simple.

One thing I have learnt in the car industry is that we can complicate things too much at times.


Have a look at the two pictures above
The one on the right is a new tyre, the left has what we call the 'wheel alignment' or 'tracking' out.

The tyre is wearing very unevenly and prematurely.

Importance of Wheel Alignment
Now in the spirit of a 'jargon free, simple guide' to wheel alignment here goes:

Wheel Alignment is the direction and angle of the wheels.  It is commonly known as 'toe in, toe out'. There is also the term 'camber and castor'.

Put simply, the wheels/tyres of your car need to be aligned exactly to the car designer specifications.  This will give you the best handling and normal, even tyre wear.

The real problem is our roads, kerbs, pot holes and speed bumps.  They all cause a stress and a strain on the steering and suspension system.  Add to that general wear in these items and you will have a situation where the car is no longer aligned correctly.

The result of this can be tyres wearing out much more quickly than you would want, and the car's handling will give you a feel of 'pulling' or 'drifting' to one side of the road.

At our garage, we check wheel alignment whenever there is a concern in 'drifting' or 'pulling'.   In most cases adjustment of the steering may be necessary or new tyres or tyre rotation. Tyre rotation is where we swap the front and rear tyres around to extended life without replacing.

It could, of course be other wear issues on the car. In which case we need to identify and resolve that first. So, if your car is not handling as you feel it should, or you have noticed the tyre treads are getting worn, let's have a drive out with you.

Get Help!
One last piece of advice concerning tyres and getting a puncture. Trying to change a wheel on any car on our busy roads is dangerous.  Does not matter who you are, people have been killed changing a tyre on the roadside. If you have roadside assistance, call them out.  They have the right equipment and safety signage and car jacks are generally quite flimsy.

If you haven't got assistance, I would strongly recommend getting it. Even I have it!!  Don't think it's not something they can be called out for. You pay for the breakdown, so use it!

Horror Story
If you do breakdown on a motorway, never hang around on the hard shoulder yourself.
A number of years back I did a course at the old AA headquarters in Nottingham.  That was before they became the commercial giant they are today. My instructor was one of the 'old school' guys, remember...one of those that would salute you!  Now, that's a thought for the lads here at Field's... Bit of respect!

Joking apart, he told me some "patrol man" motorway stories.  A couple of them were quite horrific. On one occasion, he was standing over a bonnet of a broken down car in one moment, the next he was lying underneath his own patrol van. Another vehicle had hit the car from behind propelling both vehicles forward.  One of his colleagues was sandwiched between his van and  the car he was working on.

All this happened on the hard shoulder!  These guys are now very wary where they position their vans. Sobering thought, but stay safe and please remember that the hard shoulder is as dangerous as anywhere!


Mike Field has over 35 years experience in vehicle service & repair. Together with Richard Field, he oversees the business at Fields Car Centre in Woking, Surrey and has been a Good Garage Scheme member since 2010.
Posted by Good Garage Scheme at 19:11