What is being done to tackle rising premiums? Good Garage Scheme welcomes recent steps being taken

The Transport Select Committee recently met with various industry bodies and insurance organisations to tackle the problem of escalating car insurance premiums. Bogus or exaggerated no-win-no-fee personal injury claims, uninsured drivers and fraud were seen as the main causes for the hikes in recent years. Various sources concurred with this view.
Ashton West, Motor Insurers Bureau’s chief executive felt: ‘I think it is because of aggressive marketing on daytime TV. It is creating a view that if you are involved in an accident which is not your fault, you can collect a pot of money.’
Uninsured drivers are also seen as a big problem. Comparison website Confused.com's head of motor insurance, Will Thomas said: ‘This inquiry is not before time, with our index showing prices have risen by 37.5 per cent in the last twelve months with premiums now standing at £650 on average. The 17-20-year-old bracket has seen prices rise by a massive £616 over the last twelve months. Uninsured driving is one of the biggest consequences of the price hike.'

John Miles, Gocompare.com’s business development director said 'Insurers are having to pay out larger sums because of an increase in personal injury, fraudulent, and exaggerated claims, as well as the significant impact caused by uninsured drivers. Unfortunately, the actions of the unscrupulous few have a huge effect on insurers, who have no choice but to pass on the cost.’
Various ideas have been proposed to help ease the problem. These include:

Premia Solutions’ sales and operations director Steve Roberts said: 'Any regulation that ensures spurious and fraudulent claims are weeded out has to be good news, especially in the light of the individual this year who was found to have staged more than ninety car accidents with the specific goal of winning personal injury compensation from insurers for the people involved. Stamping out fraud, coupled with better driver training will start to reduce premiums. It is third party liability now, rather than the value of the vehicle, that is the main driving force in the ever increasing spiral of cost.'
The introduction of 'Continuous Insurance Enforcement' was sought by the British Insurance Brokers' Association (BIBA). If a driver received official reminders of expiration of their insurance and chose to ignore it, they could be hit with a fine. They also advised ministers they felt the driving test needed toughening and the Pass Plus scheme revamped, as graduates no longer receive some previously available discounts. Graeme Trudgill, BIBAs head of corporate affairs said: 'We think the key priorities for the government should be to introduce Continuous Insurance Enforcement, implement changes to reduce the cost of bodily injury claims and importantly signpost customers to a source of help.'
AA spokesman Ian Crowder added: 'We think for young drivers, who suffer the brunt of the increases with unsustainable premiums, the key is for the insurance industry, road safety groups, the government and education authorities to work together to help young people start their driving careers safely and responsibly.’ 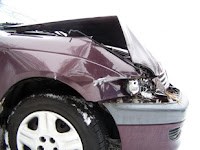 Posted by Good Garage Scheme at 16:05