Electric vehicle charging network being launched next year – Good Garage Scheme asks – when will you be switching on?

In the spring of next year, an electric vehicle charging network will be launched all over London, Mayor of London Boris Johnson has announced in his quest for London to become the "electric driving capital of Europe. He said: "Major manufacturers are gearing up to launch more affordable, practical electric cars over the next few years, whilst the costs of traditional fuels are making petrol-free driving an increasingly attractive option."

As a result, for no more than a £100 annual membership fee, members will be able to charge vehicles at any one of the public charging points set up which is expected to reach 1300 during the next 3 years. Drivers of electric vehicles are exempt from the congestion charge in central London. Other UK cities are anticipated to follow suit to enable a network of charge points nationwide under the Source London brand over the coming months.

Transport Secretary, Philip Hammond had this to say: ‘We recognise that for many people the car is an essential, not a luxury, and that is why we are prioritising spending on making the UK a world leader in ultra low emission cars. Following the first round of our Plugged-in-Places scheme, cities like London are laying the groundwork for a national charge point network.
‘And thanks to our spending review settlement which secured over £400m for measures to promote the uptake of electric and ultra-low emission vehicle technologies, more areas will soon be able to join them.’

A recent report by HSBC estimated that the global electric vehicle market could be worth up over £400 billion within the next decade with Europe seeing the highest demand.

Further information can be found at new website www.sourcelondon.net. 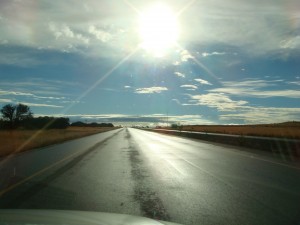 Posted by Good Garage Scheme at 17:18