BBC Radio Humberside recently contacted Good Garage Scheme member, Arnolds Autos in Hull for an interview on the radio and spoke with Garage Administrator, Lisa Carter.
The station wanted Lisa's advice on a story regarding RAC's finding that 60% of motorists lack trust in garages.
The BBC research team found Arnold's Autos quickly on the Good Garage Scheme website and contacted them first as they show the highest number of customer feedbacks in Hull.

The BBC asked why customers choose Arnolds Autos and the reply  from Lisa was simply, "Trust. We quote for the work before the job starts and keep the customer informed."

She also mentioned that they provide a service checklist and that the Good Garage Scheme is advertised on TV.  Lisa said that quite a few customers heard the interview on the radio and mentioned it when they visited the garage.

Andy Kent, the inspiring founder of Andy's Kars and Andy's Ark in Bar Hill has received the Institute of the Motor Industry (IMI) award for Outstanding Individual Achievement. This is a brand new award which Andy received at the IMI's Annual Dinner on 12th March at the Grand Connaught Rooms in London, also attended by ex-England rugby player and TV personality, Matt Dawson and Richard Noble OBE. 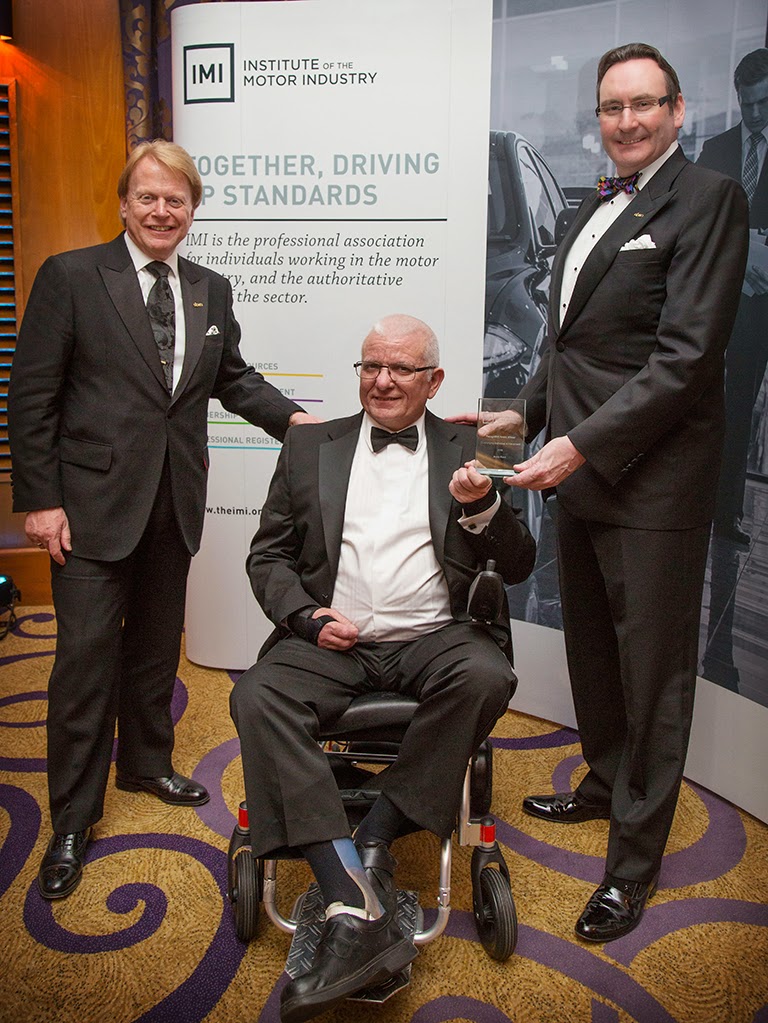 Andy works tirelessly to help people overcome the challenges in their lives, whether physical, psychological or circumstantial. He set up Andy's Kars in 2002 and subsequently the charity, Andy's Ark in 2009 as a centre to help young people to come to terms with their situations, and to encourage a robust, resilient and "can do" attitude. With a helping hand in many high profile success stories to the centre's credit, including Paralympic 100m gold medalist Johnny Peacock. Andy is extremely proud of the people he works with.

He says," For many people, the challenges they have you wouldn't know about just to look at them. But these hidden challenges, such as difficulties with speech or movement, or psycological issues, mean people need our support. We try to show people who may have lost hope that there is still a life worth living for them, that they can make it happen. We are always prepared to give people a chance, and we foster respect., motivation and self-reliance."

At the awards ceremony, where two other new awards were unveiled alongside Andy's, IMI CEO Steve Nash said,"It is important that the IMI takes the opportunity to recognise those individuals who have made unique and important contributions to the progress of the sector. The recipients of our three new awards are all leading lights in the sector whoare setting examples for others to follow. Next year's nominees will have a hard act to follow."

Andy's Kars has been a valued member of the Good Garage Scheme since 2006 and we would like to congratulate Andy Kent on this well deserved award.

Posted by Good Garage Scheme at 16:39