10 of the Worst Roads to Drive in the UK

In the running theme of the Good Garage Scheme's 10th Anniversary Year, we look at the Top 10 worst roads in the UK for driving as reported by the Road Safety Foundation, a UK charity advocating road casualty reduction. 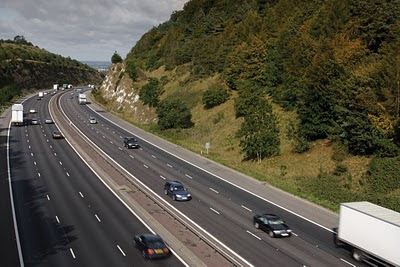 With hundreds of scenic views, advanced safety measures and regular maintenance, many of the UK’s roads offer a brilliant driving experience. And with a comprehensive network of criss-crossed roads small and large, there are a variety of options to take us comfortably from A to B.

However, a recent report from the Road Safety Foundation confirms that some roads are much safer for motorists than others. The charity states that in the past 10 years, more than 375,000 people have been killed or seriously injured on Britain’s road network.

We take a look at the most dangerous, higher risk roads in the UK – if you’ll be driving through any of these routes, it’s even more vital to check that your car is running properly and that you’re driving safely!

This 16km route has been reported as having the highest risk for UK drivers. Single carriageway ‘A’ roads have 8 times the risk of motorways, and the A18 forms part of the area with some of the highest average risk of death or serious injury.

The most dangerous ‘A’ roads and motorways lie in the South East of England, with the lowest risk roads in the West Midlands. The A36 and A3090 connection in Totton, in the South East, is the second worst road for UK drivers.

The North West route by the A585, has the third highest risk rating from the report. From 2011-2013, there were 26 fatal or serious crashes from this route.

Another road in the North West region of the UK, the A532, running between the A530 and A534, is the fifth most dangerous driving route according to statistics.

The A291 is in the South East, the 6th ‘A’ road and route in the highest risk roads to drive on. The single roads, particularly rural routes with sharp bends, are more likely to have unforeseen hazards and place less restrictions on speed limits.

This junction makes for the highest risk part of a motorway in Britain. The route is 9km long and saw 23 fatal and serious crashes between 2011 and 2013.

The A361 is another road in the South East, in 8th place. 46% of crashes on this route resulted from a collision with a pedestrian or cyclist in the reporting period.

This South East road, at the M40 J5, has a high risk for UK drivers, with 20% of crashes caused by road run-offs and rear end shunts.

Finally, this ‘A’ road in the Yorkshire and the Humber region, is the 10th highest risk road in the UK. The 12km route lies in one of the highest risk regions for fatal or serious injuries, alongside the East Midlands and South East regions. 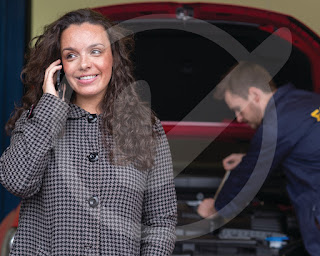 Motorists driving on these higher risk roads need to ensure that they have taken the proper measures to maintain their vehicle. A badly serviced or unattended vehicle could further increase the risk of serious accident or injury on some of Britain’s worst roads.

If your vehicle is in need of servicing or if you just need some advice, contact your local Good Garage Scheme member garage.