The Institute of Advanced Motorists (IAM) has reacted with dismay at the lack of priority given to cutting deaths on UK roads by the main political parties in their election manifestos.

Sarah Sillars, IAM chief executive officer, said: “The forthcoming general election would have been the perfect opportunity for the political parties to show what a commitment they had to cutting the numbers of young people losing their lives in accidents that are entirely preventable.

“Instead, they’ve chosen to sweep the problem under the carpet, and ignore the issue until they are pressured to talk about it by campaigners and the public.”

The Labour Party’s manifesto talks about support for a long-term investment in strategic roads and addressing the neglect of local roads, while the Conservatives talk about an investment in funds to make cycling safer.

Recently the Labour Party said it would dedicate a £300 million fund to repair at least 24 million holes in the local road network over the next five years. However, according to Asphalt Industry Alliance the backlog of pothole repairs is £12 billion, making Labour’s fund a mere drop in the ocean compared to what is needed.

An IAM survey conducted last month found that tackling potholes was their number one concern of respondents, with 70% of them selecting this as a priority. 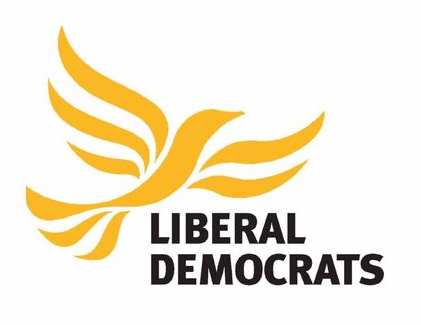 Like the main two parties, the Liberal Democrats mention cyclists to the exclusion of other road users, but do say they will pursue ‘road safety measures to keep cyclists safe.’

UKIP talks in their manifesto about only installing speed cameras as a deterrent in accident black spots.

The Green Party is the only one of the major parties to have devoted any significant amount of space to road safety in its manifesto.

It wants to ‘reduce the drink drive limit to as close to zero as is practical,’ ‘bring down speed limits to 20mph in residential areas and 40mph on rural roads,’ and ‘require best-practice technology to be fitted to lorries to ensure that drivers are fully aware of the presence of pedestrians and cyclists’ amongst other measures to encourage walking and cycling.

The Scottish National Party has meanwhile made no reference at all to any road safety issue in its manifesto.

Sarah added: “It is a massive disappointment that the major political parties are treating the issue of improving safety on the roads as an irritation rather than one they should have an instinctive desire to tackle.”
In its own manifesto, the IAM has identified seven key areas any government needs to focus on:

Sarah concluded: “There are many schemes that can be implemented at low-cost that will pay for themselves many times over thanks to the benefits society will gain from having fewer killed and injured.

“Experts often talk about the first 100 days of a new government. The first 100 deaths will occur before the end of May. That is how important it is that politicians show leadership and give road safety the priority it demands."


The IAM is the UK’s largest independent road safety charity, dedicated to improving standards and safety in driving and motorcycling. The commercial division of the IAM operates through its occupational driver training company IAM Drive & Survive. The IAM has more than 200 local volunteer groups and over 100,000 members in the UK and Ireland. It is best known for the advanced driving test and the advanced driving and motorcycling courses. Its policy and research division offers advice and expertise on road safety.