The Government have revealed plans to introduce an on-the-spot fine of around £80-£100 in an attempt to curb motoring manoeuvres deemed reckless. The plan has been welcomed by some but has been criticised by Road Safety charity Brake as not going far enough to deter offenders.

Under the new proposals, manoeuvres such as “cutting up other drivers”, undertaking and tailgating would be outlawed and met with fixed penalties, rather than bringing the matter before the courts. Transport Secretary Philip Hammond sees this as a means to pinpoint true, “conscious” offenders, rather than those unwittingly committing offences while usually being law-abiding.

Mr Hammond said: “Our vision is to ensure Britain remains a world leader on road safety. We will only do this is if we bring people with us. This means cracking down on the most dangerous drivers without waging war on the law abiding majority. We will focus relentlessly on cracking down on the really reckless few who are responsible for a disproportionately large number of accidents and deaths on our roads.”

Under the proposed framework, re-testing or additional training would be required of those who had been banned from driving before being allowed to get back into a driver’s seat.

Julie Townsend of road safety charity Brake had this to say: “We are desperately concerned that a fixed penalty fine of £80-100 is woefully inadequate as a deterrent to potentially life-threatening behaviour behind the wheel.” 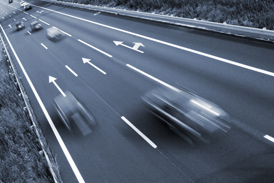 Posted by Good Garage Scheme at 08:30