The latest television campaign by the Good Garage Scheme, running from 21st March to 31st March 2011 is being featured on SKY television nationwide and ITV1 in three regions.

Television viewers in London, Anglia East/North and Anglia East/South will see the advertising on the UK’s most popular terrestrial channel in addition to various satellite channels during the same period.

The ITV1 London area reaches over 4.7 million people and the advert will be appearing on SKY over six hundred times during the campaign.

Early figures are indicating that visiting the website here is increasing interest in the Good Garage Scheme’s free iPhone app launched in January which can be downloaded here.

Good Garage Scheme Marketing Manager, Anndi Sheppard commented:  “If you are away from home, apps are great for finding a restaurant, hotel, petrol station or maps, and the same applies to finding a garage you can trust.

“It will be particularly useful if you have broken down or have a problem with your car and haven’t got access to a PC or a laptop. You’ll instantly be able to find a local Good Garage Scheme member and get all the contact details you need no matter where you are in the UK,” she said. 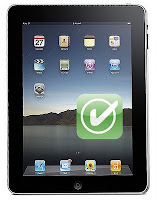 Posted by Good Garage Scheme at 16:31