The snow encountered by the motoring public which began toward the end of last week was predicted to have a costly economic effect. 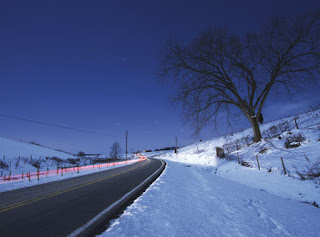 Millions of workers were unable to reach their workplaces on time (if at all) due to the resultant road congestion. Public transport services were stifled. Those reliant on them for their commute to work plus those who drive were badly affected with many motorists experiencing car breakdowns or road blockages due to cars being stuck in the snow.

It led motoring organisations such as The Highways Agency and the RAC to advise motorists to avoid any non-essential travel but not all motorists were fazed by the poor weather and braved the elements.

Few could have predicted how many accidents and car insurance claims would result from it however. The AA’s car insurance team have released claims figures measured in a four day period from18th-21st January, a staggering 45% of which were as a result of the inclement weather at that time. In total, several hundred claims were received by the organisation with the total value of those claims being in excess of £3 million and affecting an estimated seven thousand vehicles. 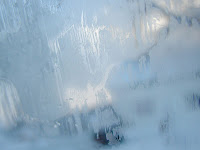 Causes blamed for this include poor visibility from cars whose drivers have not removed insufficient amounts of ice and snow before starting journeys.

The AA’s car insurance director, Simon Douglas advised: “Good visibility is important at all times and especially so when the weather is poor. Pedestrians can slip off icy pavements while other vehicles can make unpredictable movements. You need the greatest opportunity to see what’s happening around you. People who drive around in cars that could be mistaken for an igloo are accidents waiting to happen. Not only can they see little of their surroundings but chunks of snow and ice fly off as they drive, posing a serious risk to pedestrians and other drivers.” 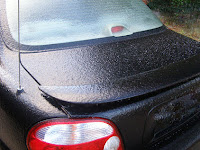 This was highlighted by the recent example of the Audi-driving motorist pictured driving down the M4 motorway with only a small section of the windscreen cleared. For the article containing an image of the vehicle, by Alistair Potter of Metro.co.uk please see here.

Rule 229 of The Highway Code states:

Before you set off
•    You MUST be able to see, so clear all snow and ice from all your windows
•    You MUST ensure that lights are clean and number plates are clearly visible and legible
•    Make sure the mirrors are clear and the windows are demisted thoroughly
•    Remove all snow that might fall off into the path of other road users
•    Check your planned route is clear of delays and that no further snowfalls or severe weather are predicted

Posted by Good Garage Scheme at 16:40