The Good Garage Scheme welcomes the recent Government decision to keep MOT frequency as it is. The Transport Secretary, Justine Greening, announced the ruling which means that cars will continue to be tested after three years and then annually.

The Government first announced its intention 18 months ago and considered changing the MOT test to the first after four years and subsequent tests after two years (4-2-2 system) in order to bring it in line with European rules.

Justine Greening said: "Having listened closely to the very many views put forward and considered the available evidence, I have decided that I am not going to carry out further work in relation to relaxing the first test date or the frequency of testing.”

The Good Garage Scheme, however, agreed with many motoring groups with the opinion that cutting the frequency of the tests would have led to more unsafe cars being allowed on the roads, putting safety at risk. A campaign was launched and a group called proMOTe was instrumental in the publicising of this, with fervent support from many. See their website here.

To find a garage to carry out your MOT test, please visit www.goodgaragescheme.com 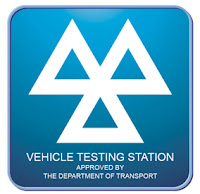 Posted by Good Garage Scheme at 16:53